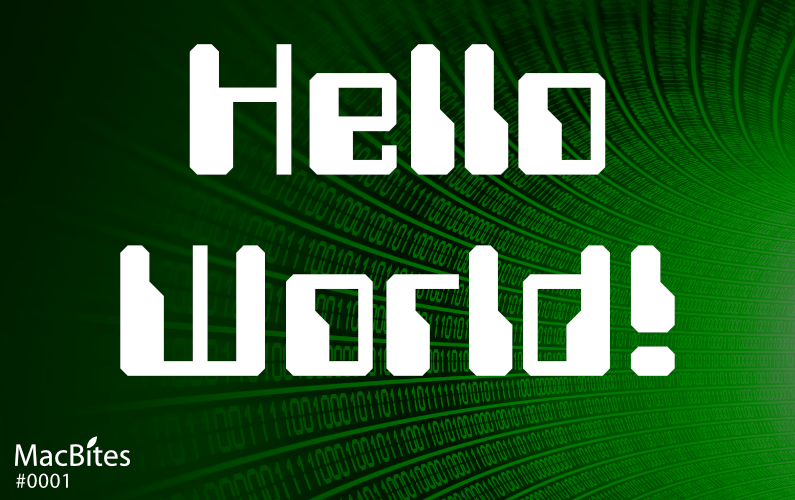 The MacBiters introduction – Elaine, MikeB and MikeT – and have their first gab!

A brief insight in to how & why we switched to the Mac platform.

Macworld.co.uk news is reporting that rumours are rife that we can expect Leopard to land on the 26th of October. Also, details released from testers of the latest pre-release version, list min system requirements of a Mac running a G4 867MHz or faster processor, which makes several older Mac models incapable of running the forthcoming operating system.

Amazon.com launches mp3 download store – currently in Beta for US customers only.

So cheaper, better quality, DRM free mp3’s from one of the biggest names in music retail.

Is iPhone launch for France delayed due to French unlocking laws?

Reported on several news sites including engadgetmobile and Appleinsider.

“The difficulties stem from a French law that would require the Apple handset to be sold both with and without contracts. This law would reportedly undermine the iPhone’s exclusivity for Orange and Apple’s demand of up to 30 percent of voice and data revenues.”

Discussion went on to iPhone purchasing. Mike B mentioned that information seen said that you couldn’t pay for an iPhone by cash in the UK.

“To give everyone a chance, there’ll be a limit of two iPhones per customer in-store and online. Oh, and we’re afraid we can’t accept cash.”

And from this weeks news, we have The Good, The Bad & The Ugly

The Cloud offer new deal WiFi access for iPod touch users. Subscribe and register with an iPod Touch and for £3.99 p/m you’ll unlimited (there’s bound to be the usual FUP caveat) WiFi access at 7500 hotspots around the UK. Pretty good vfm, as their normal unlimited account is £11.99 pm.

iPod Touch users need to sign-up for the service at www.thecloud.co.uk/iPod

Users have reported that Apple’s latest iMacs suffer from a flaw that locks up the interface, rendering the system all but inert until a reboot. The system will look and behave as if it’s running but is totally unresponsive to any touching of the controls, according to the reports. UPDATED AS WE WERE RECORDING Apple has issued a statement confirming that some iMacs are suffering screen freezes since a recent software update was installed – but promises a software repair soon. Apple explained: “We are tracking down the root cause of this bug, and will issue a software update which corrects it as soon as we can – most likely later this month. We apologise for the inconvenience.”

THE UGLY – New Zune 2 to take on Apple’s iPod

The new Zunes have a familiar design but new interface and a controller nicknamed the squircle. Microsoft has launched three new models of its Zune digital media player in an effort to compete with Apple’s iPod. The players – which come in 4GB, 8GB and 80GB, but although the Brown has gone, the new Green is pretty awful.

Among those discussed were;

Note on the Shiira Project – Shiira is a web browser based on Web Kit and written in Cocoa. The goal of the Shiira Project is to create a browser that is better and more useful than Safari. All source code used in this software is publicly available.

Tightly integrated into your Safari browser, Saft is so much more than a plugin/extension. There’re just too many features to list here, but reviewers consistently score Saft highly.

And considering it’s only $12, you’re getting an excellent deal.

OK, well that’s about it for this episode of MacBites.

This is our very first Podcast, and we’d love to hear from listeners.

Please contact us with feedback & comments, or if you have questions about items featured in the podcast. We’d also like to feature listeners questions on anything to do with getting the most out of your Macs. Perhaps there’s something you’d like to hear featured in a future MacBites Podcast?? Please send your comments/questions, preferably in audio form, to macbitesuk@gmail.com

Featuring Mail on a mac and an application called SpamSieve which does what it says on the tin.

OUR LOCAL MAC USER GROUP – www.nwmug.co.uk The three of us are regulars at the NWMUG – Hi to any members who are listening. We’d love to hear from any MUG members round the country/world. Have you any news or even plans to start your own podcast?

Discussion topic is Music made on a Mac, featuring Garageband

Showcasing the very best in the digital world, MacLive Expo returns this year, bigger, better and much, much more personal, giving visitors the chance to get close to major players in the world of music, photography, film and design.

Join Adobe experts for some amazing workshops around the UK and Rep of Ireland. You’ll learn the latest tips and techniques for designing and developing amazingly engaging experiences: in print, online or on any device. See the all new Creative Suite 3 family of products along with the latest in cutting edge web development tools including Adobe Flex and AIR.