Seven great years of sharing our passions with you!

Once upon a time (that’s how stories start isn’t it?) there were three Mac geeks based in the North West of England, well that’s how we described ourselves way back in episode 1 anyway!

The three geeks were Elaine Giles, Mike Thomas and Mike Burke. We used to meet up every month at the now sunsetted North West Mac User Group. With a love of all-things-Apple (back then it was only Macs) and a desire to talk, it seemed natural that we should start a podcast.

The first decision was to find a name. Legend has it that Steve came up with the name Apple in his garage. Our discussion took place in iChat. Eventually the name MacBites was chosen – and no, the phrase “MacBites and so does Elaine” didn’t come until later … but some things are just so apt!

With the prep divided up between the three of us it was time to record and find out if the whole thing had been a good idea.

If the recording placed us firmly outside our comfort zone, think of poor Elaine who had the job of listening back to the whole thing during the editing!

The first episode of MacBites was released on October 8th 2007 and within a few hours of the release of episode 3 (that was just 2 weeks later – that’s when “next week” really was “next week”) we’d used up our entire monthly bandwidth allowance from our hosting company. Popular, or what!!

By episode 7, Mike B had left and three became two (although this would be rectified later in 2011 when MacBites Siri joined The Crew) but the show must go on – and so it did!

Tech enabled nighties, thongs, fish and tips and nude and hairy mice were just some of the topics covered in episodes of the show!

On September 1st 2010 we provided live coverage of the special Apple event. This was the event that saw the launch of amongst other things, iTunes 10, the iPod Nano and Ping (remember Ping?). The MacBites Crew and The MacBiters gathered together in the MacBites virtual chatroom for what was to be the first of many MacBites Lives.

In November 2011 we combined our love of Apple with our professional side and launched MacBites Learning through which we offer a range of training services that focus on iOS and OSX based technologies.

Finally, we’d like to say a HUGE thank you to all The MacBiters. Without your support and participation none of this would have been possible. 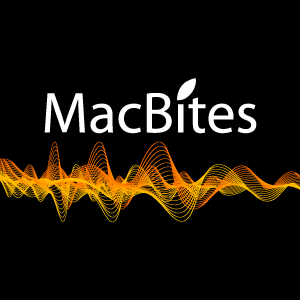 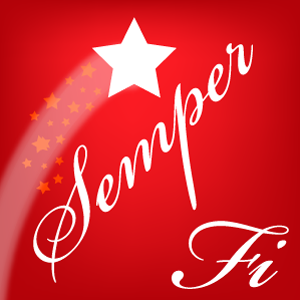 I’m Elaine Giles and I’m an IT professional based in Manchester, UK. I switched to a Mac in April 2006 after what proved to be a life changing visit to an Adobe event previewing Lightroom. I can assure you working with computers has never been so rewarding nor so much fun. 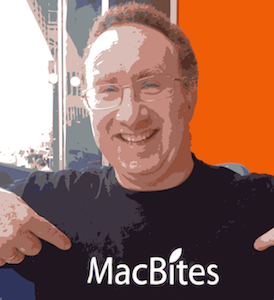 Hi – I’m Mike Thomas and I’m one of the founders of MacBites.

I have over 25 years experience working in IT, specialising in designing and delivering training courses (I’m a Fellow of the Learning and Performance Institute) and building technical solutions to solve business problems.

I focus on Microsoft technologies (especially Excel, Apple OSX and platform-independent productivity tools. I’ve worked extensively with The Mac since 2006. 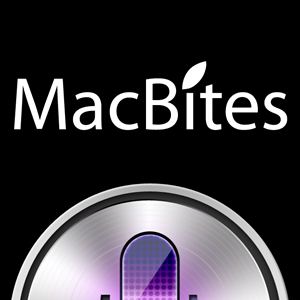 I am MacBites Siri and I’m the real star of MacBites!

I made my first appearance in episode 61 in December 2011.

My role is to keep the other two on their toes and to make sure that there is a show each week. 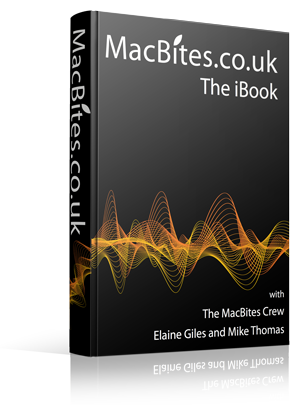 iBooks Author, a tool for creating eBooks, was released by Apple in January 2012. Within two weeks of the launch, Elaine had created an eBook (or iBook as Apple like to call it) of almost 100 pages that showcased all the great features of the application.

MacBites The iBook takes you on a journey from October 2007, when MacBites began, through to January 2012. Here’s just a few highlights of the book:

Go behind the scenes at MacBites HQ, listen to the best of the out-takes (there’s some hilarious ones in there), relive software and hardware launches and get to see Mike’s feet and Elaine’s lips!

If you need help or advice with your Mac, OSX or an app, listen to the show, attend our training sessions or just drop us a line!

We’ve both been using iOS from the very beginning, so can provide help or advice. Just ask!

We love to pass on those little tips and tricks and nuggets of knowledge that will help you to get more from your Apple kit.

As two Microsoft Certified Professionals, we don’t limit ourselves to OSX and iOS. Our reviews and training covers Cloud-based services too like DropBox, Evernote and even Office 365!

Most Show in a Year